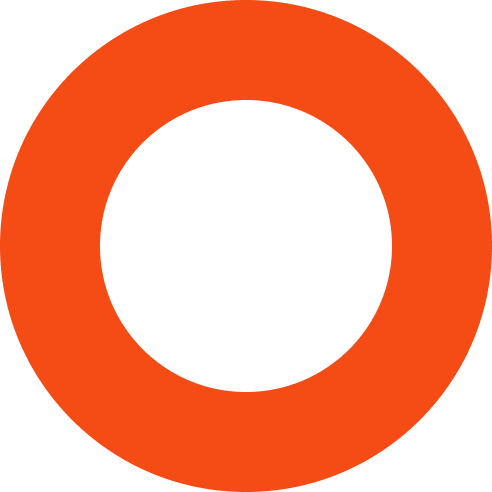 Value Point Systems is a solution-centric company that helps transform your digital workplace and, as a result, your workplace experience. They are a name that can be trusted as they have been in this business for 3 decades now, providing all the clients ultimate customer satisfaction and an amazing transformed workplace with all the modern equipment and tools.

Value Point Systems ensures that it is with you at all points of your transformation journey, be it installation of new devices, implementation of new techniques, or even servicing of products afterwards. They don’t leave you hanging and are a reliable company when it comes to giving digital business solutions.

They have a service in the area of Digital Workplace, which goes by the name of Managed Print Services (MPS), in which they also provide Xerox machines in Bangalore. Through this service, Value Point Systems helps you in taking control of your print environment. They provide all products for your photocopy problems, such as printers, copiers, scanners, etc.

So, if you own a company and need to cut down on your daily visits to the local copiers and instead increase employee productivity while also saving time, go for a Xerox machine provided by Value Point Systems and enjoy a user-friendly space for your business.

We provide Capex, Opex and hybrid managed print services for organizations of any size

Latest products  & devices to keep your workforce connected from any location

What is a Xerox Machine in Bangalore?

A Xerox machine is a machine that makes multiple copies of documents as well as images onto paper. It was formerly known as a Xerox machine, though now it is known by the name of the photocopier or photocopier. Photocopying or Xerox is widely used in many sectors such as business, education, and government sectors as well, such as a bank, post office, etc.

Xerox machines make use of light, heat, chemicals, electrostatic charges, and electricity to make such copies. The most common method of copying used by modern office copiers in office settings is known as xerography. It was originally known as electrophotography.

Xerography uses heat and electrostatic charges to produce copies of all types of written, graphic, or printed material. This process of photocopying was first invented in 1938 by Chester Carlson. If you consider a business running without a Xerox machine in Bangalore today, it is next to impossible. It has now become a necessity instead of a luxury, which it previously was.

Xerography is a process of printing and photocopying that uses electrostatic charges and heat and is most widely used in office spaces. It has a 6 step process:

How do Xerox machines in Bangalore work?

Xerox machines work on the principle of “opposites attract”. After you put the paper on the glass screen of the copier and press the green button, the following steps occur:

This is the procedure of making copies in a Xerox machine.

Why do Businesses need Xerox machine in Bangalore?

The world today is fast, and you need to be faster than others to make a mark in the market and also to sustain. For this to happen, you need to work faster and also waste minimum time. This is where Value Point Systems come into the game. They provide you with solutions for all your printing needs, such as laser printers, scanners, thermal printers, etc. They also provide Xerox machines in Bangalore. There are various ways in which getting a Xerox machine benefits your business:

What are the different types of Xerox machine in Bangalore?

There are different types of Xerox machines or photocopiers, which fulfill different needs and requirements. They are:

Value Point Systems is known to be a beneficial company to one’s business. This is because it is a complete package for the transformation journey of a workplace or providing solutions regarding any addition to your digital workplace. Similarly, they are currently the best provider of Xerox machines in Bangalore.

Value Point Systems have provided managed print solutions (MPS) to a leading Indian pharma company and a leading Indian e-commerce company. By installing high-quality printers to both these businesses, they have improved work quality, employee productivity, security of documents, and ease of printing, along with proving it to be a cost-efficient method.

There are many examples of the projects handled by Value Point Systems in several domains, and excelling in each one. You can rely on them for solutions to your problems and provide proper service after installing devices.

To make more profits and increase productivity, one should consider reshaping and remodelling their digital workplace with the addition of a Xerox machine in their office, and that too from Value Point Systems. They are a trusted company that has shown results in the past and has worked with every type of business, whether small, mid-size, or large. Suppose you need a Xerox machine in Bangalore that meets all your needs and requirements regarding printing and is within your budget, without compromising the product quality. In that case, you should go ahead with Value Point Systems.

FAQs of Xerox Machine in Bangalore

What is the difference between a printer and a Xerox machine?

A printer is a machine that produces a copy of the digital data presented on the computer screen. It can only be used when connected to a computer or laptop. It can be connected to various devices at a time.

On the other hand, a Xerox machine is a device that does not need to be connected to any device and can make multiple photocopies of documents. It uses xerography technology to do the same. The modern Xerox machines, or copiers as they are called now, are multifunctional and can print, fax, and scan documents.

What is the best type of Xerox machine for small businesses?

For small businesses requiring much work to be done on A4 papers, one can purchase a desktop copier, or if coloured copies are a requirement, then colour copiers.

What to consider before buying a Xerox machine?

There are some things that you need to question yourself before buying a Xerox machine. Some of these questions are-

These are some of the questions you need to consider keeping in mind the size and requirement of your office.

What is the price of a Xerox machine?

Loved By Our Customers

We have always received good service from Value Point end. Timing and quality have met our expectations and everything is communicated in a professional manner. Excellent service from start to finish.

Damodhar Das
CTO, Automobile
Value Point provided the technical solutions we needed at the right time. This was a fruitful experience for us and we were fully satisfied. Your expert advice help seal the deal. We would recommend you to anyone who requires computer service.

Want to create a digital workplace for your organization?

Value Point Systems is helping global businesses on their digital transformation journeys: one business at a time.